Background: Antimicrobial resistance (AMR) is a dynamic and a rapidly increasing health concern worldwide. However, it is unevenly distributed with limited data from the developing countries. In Tanzania, it is estimated that there is a higher prevalence of AMR pathogens among hospitalised patients in tertiary care hospitals than in lower level health facilities. This is associated with longer hospitalisation, increased health care costs and higher mortality rates. The aim of this study was to determine the aetiology and AMR pattern of bacteria isolates from adult patients admitted at Kilimanjaro Christian Medical Centre.
Methodology: A total of 487 participants were enrolled in a cross sectional study conducted from April 2018 to March 2019. Bacteria isolates were from blood 262 (52.4%), urine 147 (29.4%) and wounds 91 (18.2%). Conventional methods were used to determine bacteria species while antimicrobial susceptibility was determined by using the disc diffusion method.
Results: The isolates were predominantly Gram-negative bacteria with Escherichia coli, the most common pathogen in blood 55 (21%) and urine 45 (30.6%) while Pseudomonas aureginosa18 (19.8%) was the most common isolate from wounds. There was 100% resistance to Ampicilin among E.coli, Klebsiella spp and Proteus spp.. Gentamycin resistance was high in E.coli 57/90 (56.7%), Klebsiella spp 27/58 (46.6%) and P. aureginosa 24/54 (44.4%) while resistance to Amikacin was low.There was high resistance to Ceftriaxone in E.coli 44/62 (70.9%) and Klebsiella spp21/36 (58.3%) and resistance to Ciprofloxacin was 67/92 (72.8%) and 26/55 (47.3%) in E.coli and Klebsiella spp respectively. A relatively lower Carbapenem resistance was observed.
Conclusion: There is an alarming high AMR to commonly used antibiotics, leaving a few available options, which are more expensive and not easily available. Therefore there is an urgent need to strengthen efforts to curb AMR in this setting while focusing treatment on the local culture and sensitivity pattern. 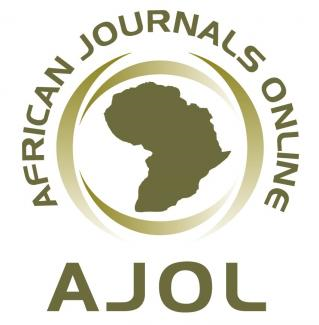